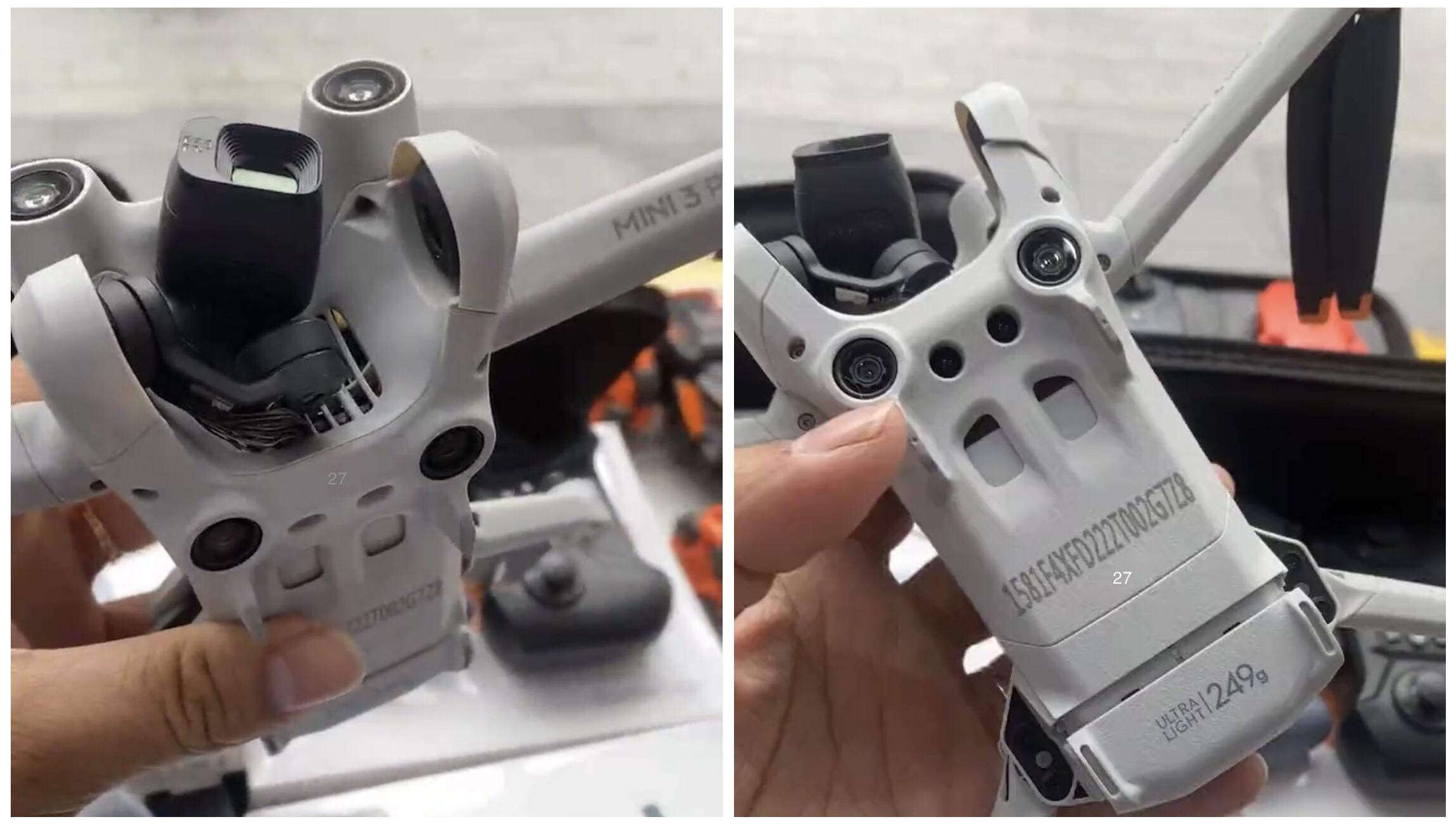 This week, DJI tweeted a teaser for an announcement on May 10 that claims the reveal of “a twist in the plot.” The company will likely be unveiling a new drone, in particular, a YouTube video of the DJI Mini 3 Pro with its remote unboxed was posted the same day as DJI’s teaser ( via DroneDJ).

In the video YouTube user, DM Productions says they got footage of the boxing unboxing from an individual who received the mysterious DJI Mini 3 Pro drone in the early hours. The video offers an in-depth view of the drone as well as its array of sensors for avoiding obstacles and controllers.

The way DM Productions points out, the controller is very similar to DJI’s latest RC Pro, with a few ports and buttons left. This controller has no antennas sticking out of the top. I’d wager a lot on the display not being as clear or vibrant as the one you’ll find on the $1100 RC Pro.

The controller with integrated screens is nothing to be sneezed at. The one included with Mini 2 uses your phone.
We’ve received several information regarding this drone. A leak last month revealed that the drone could still weigh under 250g (meaning this means that Americans will not legally be required the drone registered) and would have the front-facing collision avoidance sensor. This leak also included details about the battery (which is said to be approximately 2,453 mAh) and the camera that we later learned additional details on due to two sellers putting the drone on their websites for sale earlier.

Based on DroneDJ It’s estimated that Mini 3 Pro will cost about $1,000, and the camera system will offer a significant advancement over Mini 2. (Though it’s likely that’s the case because it’s currently available for purchase at $449. Mini 2 currently sells for $449.) The 3 Pro may be rumored to feature a larger camera and a lens that has a larger aperture, allowing in more light, as well as the capability to record in 4K 60fps as opposed to the standard 30fps speed the Mini 2 tops out at. It should also be able to record in HDR which is hoped to make it possible for you not to choose between bright skies or dark ground.

This “twist in the plot” that DJI is promising the retailer leaks, as well as the unboxing video, reveals that you’ll have the ability to effortlessly change between shooting portrait and landscape video using the drone. This is a fascinating feature for people who create content for smartphones and also something funny about the fact that DJI’s next drone will shoot vertical content, whereas the drone developed by Snapchat does not.

It’s unlikely there’s a lot to be revealed about the drone, particularly within the short time before the drone is officially announced. DJI’s website indicates that the announcement will be made on the 10th of September at 9 AM ET.